Muses heading to Craft Council of BC Crafthouse

I've been busy and having too much fun!
Here are the latest Muses- they are heading to Crafthouse on Granville Island.
I am so happy to be adding larger wall muses but taking full sized photos of long narrow pieces is always a challenge. I guess the time has come to replace my broken tripod. 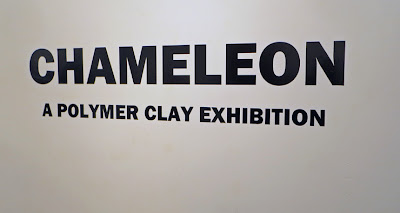 Yesterday my husband and I caught an early ferry and headed over to Vancouver to attend the opening reception of CHAMELEON. The show is being held at the lovely Seymour Art Gallery in Deep Cove.
We had a pre-show brunch with friends that we hadn't seen for almost 15 years and time flew as it always does when good friends re-connect. Eventually we headed over to the gallery. The place was packed and standing by the door with a beaming smile was a woman who very obviously knew me but as I scanned my brain cells for the polymer clay event in which I may have met her I came up with a blank.

She repeated her name several times  before my synapses clicked and I recognised a friend I had grown up with in Port Alice on Northern Vancouver Island. We haven't seen each other for 20 years! The ensuing hug lasted a long time... she had seen my Facebook posts about the show and had decided to give me an unforgettable surprise! 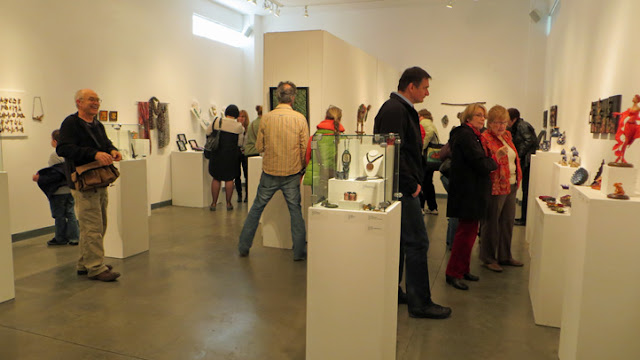 Torn between a much longed for reunion and polymer clay I began the exploration of Chameleon and polymer has been done proud! It's a stunning show exquisitely displayed. Here is a teaser selection of photos- I have more but it might spoil the surprise for you should you be able to go. It was also fantastic to connect with so many Vancouver Clayers who, although they will be touring the show as part of the Vancouver HORIZONS Clay Conference  next week, took time to head to the North Shore for the Reception.


Thanks to all the Vancouver Polymer Clay Guilders who have made this event possible and special thanks to Joan Tayler for having a big idea and following through!

The day was a great success and a significant was to start the Year of the Snake- A year of transitions and change. We ferried home with firm plans to reconnect next month with precious friends. I spent time sketching some ideas for the year ahead- it's amazing what positive feedback can do for a person!
Posted by Gera Scott Chandler at Monday, February 11, 2013 2 comments:

I accepted YOUR advice and assisted by a big box of new inks went mad with colour with this as yet unnamed Muse. Long skinny wall hanging pieces are so hard to photograph properly but I think the idea is more or less conveyed. She is awash with teal, green and a swish or two of purple. 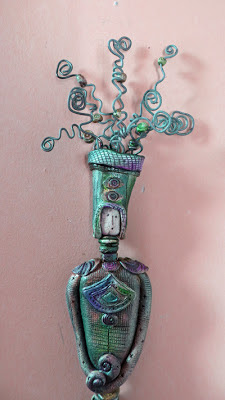 This piece is is heading to the Canadian National Institute of the Blind Eye Appeal Fundraiser. 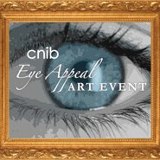 My Polymer and Kelp Muse project has stalled. I ran out of a wide size of kelp! It's on hold until I can harvest some more from the beach.

I decided to go down a different track and work on a wall hanging Muse. Here she is after being fired. I have a big order of alcohol inks on the way from Shades of Clay ... I'm thinking of very muted westcoast greens, browns, greys and a sliver of mauve here and there. 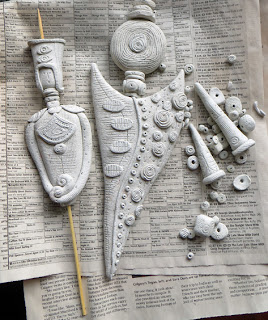